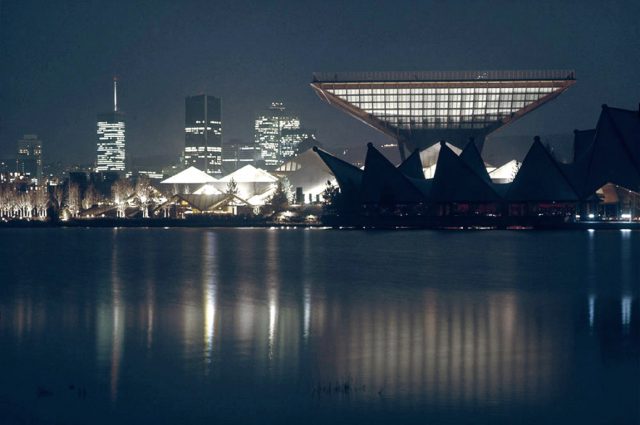 As Montreal bureau chief for Time in 1967, Expo ’67 was my beat for a wonderful summer, much of it spent on the magical isles fashioned in the river with earth from the digging of the new subway. The bilingual countdown that heralded the opening of the World’s Fair on April 28 spoke of the innocence of the day, if not the times.

There was a world of wonders to explore amidst the pavilions of the 62 participating nations — and explore Canadians did. They came from all parts of the country, mixing with global visitors, as more than 10 million people coursed through the gates. My press pass allowed me intimate access to all aspects of the fair, as did the determination of Time to go all-out in its coverage. The highlight was a cover story that ran worldwide, including a luscious colour spread. 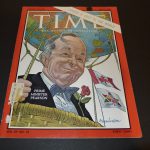 For that, we persuaded the authorities to allow a Time photographer to be hoisted atop Buckminister Fuller’s geodesic dome for a spectacular panorama of the U.S. pavilion.  Time spared no expense in those days, or no effort. To entertain VIPs and advertisers, the magazine secured permission from Mayor Jean Drapeau to serve booze at a gala dinner in le restaurant Hélène-de-Champlain, apparently for the first time. Guests stayed at company-rented flats at Port Royal or Habitat. 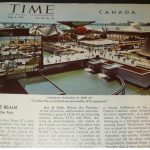 Among Time’s many visitors was Clair Boothe Luce, the celebrated ambassador and Republican power house, whose husband owned Time. She and a friend, Mrs. Wrigley, expected a personalized tour — and they got one, courtesy of a somewhat tired and emotional bureau chief who had once again overstayed his welcome at the fair the night before (I was 24). The tour went off smoothly, especially because the folks at the Jacques Cousteau exhibit arranged a special show for the visitors at my request. Mrs. Luce, a scuba diving enthusiast,  was gracious and sent me a lovely note with a gift for my wife. Mrs. Wrigley’s gifts included a transistor radio (remarkably, it worked for at least 20 years) and a box of  chewing gum from the family factory.

Imagination was the hallmark of the fair. The rubber tires on the subway, providing a smooth, quiet ride, were a North American first. The Czech pavilion’s sound and light revolutionized film-making. The Italian entry was a gem of design and good taste (and when lineups in the early days were disappointingly sparse, organizers cleverly strung a velvet rope line out front and Italy drew big crowds the rest of the summer). Everywhere, there was a sense of new possibilities. UQAM Architect Sinisha Brdar has written: “Expo 67 was a laboratory for the fabrication of the future and of the Canadian national project.” But he added: “Today, much of the spirit of Expo 67 seems to have evaporated, along with the ambitious ideals that were to guide Canada into its second century and Montreal into new modernities.” https://www.thesitemagazine.com/read/back-to-the-future.

Still, we look back with nostalgia, at a time before deGaulle and referendum votes and  notwithstanding clauses, when life on islands in the St. Lawrence provided joy and fun — and inspiration.